For this exercise I am going to mock-up the book cover for Alice’s adventures in wonderland which I borrowed from the library.

As this year is the 150th anniversary of the book Alice’s Adventures in Wonderland’s being published.

I found out this full movie from 1951 which to help me to understand the story of this book.

This is the book I borrowed. It was first published in  1965, published in Puffin Books 1946 and reissued in this edition 1994. 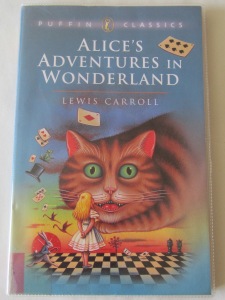 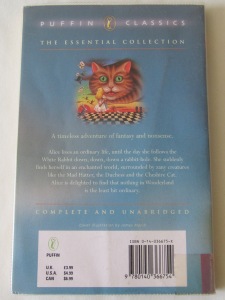 Examine the design of the cover.

Idea 1: I follow the story started at Alice had fallen the Rabbit Hole. As it is in a wonderland so I used the word “wonderland” which I drew like the branches of a tree. The letter “O” was the door of the Rabbit Hole. The White Rabbit is running under the ground while Alice is falling. 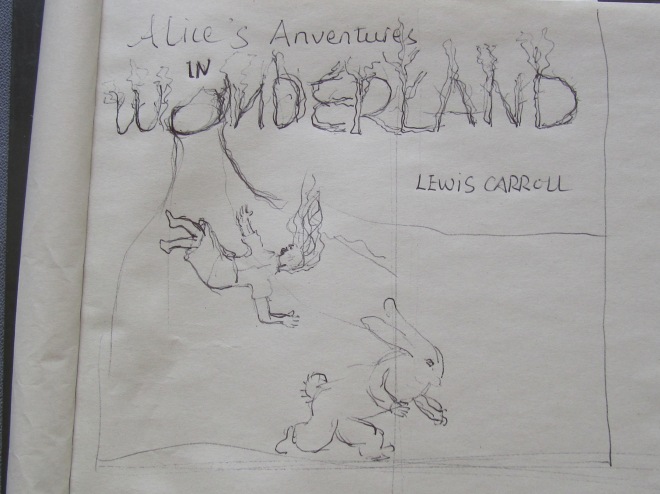 Idea 2: Cheshire Cat, White Rabbit and Caterpillar were the story’s clues and they are so nonsense and zany. When the people want to buy the book that they must think about these creatures in the story. So I used these three characters to catch up the readers’s eyes. 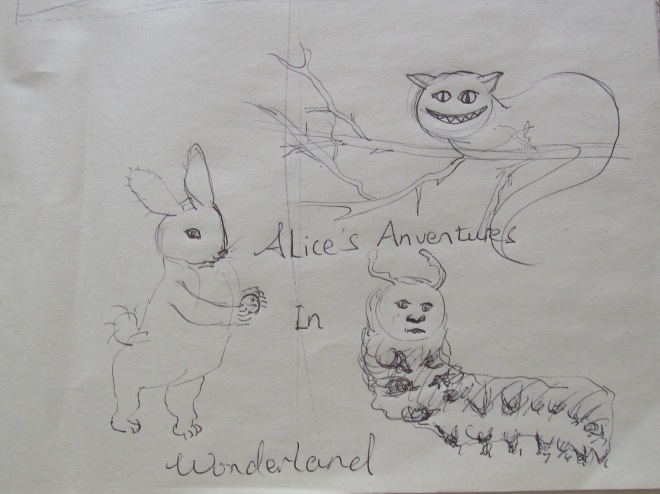 I had a couple of screenshot pictures which convey the interesting parts and I liked. 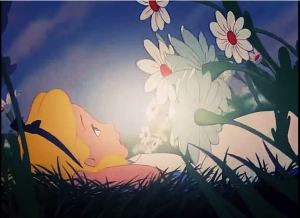 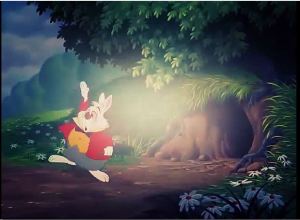 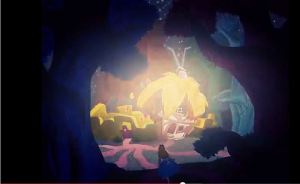 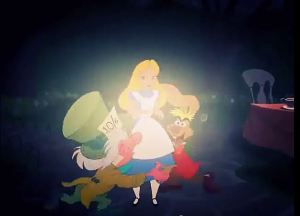 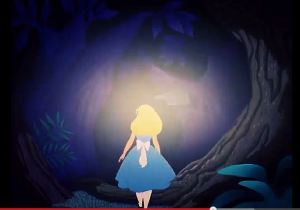 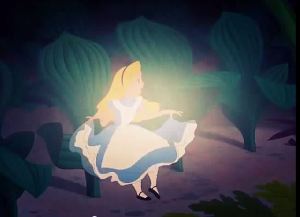 Then my Idea 3 is Mad Hatter and brown rabbit are dancing surround of Alice. Idea 4 is Alice is walking into a woodland grove where maybe is a tea party. 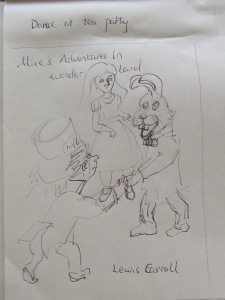 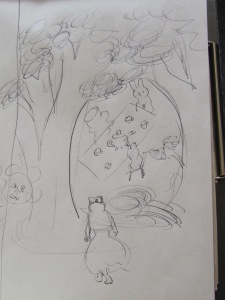 Idea 5: Alice is relaxing and laying in the grass with flowers which was inspired me to draw Alice in flowering shrubs and flowers are dancing. 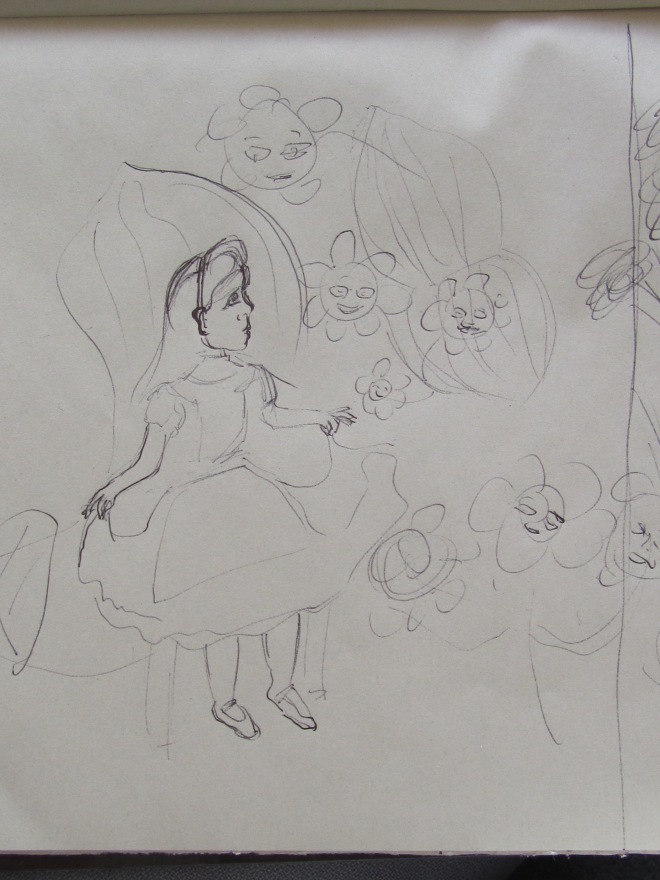 I like my first design, Alice is walking into a woodland grove and the last one where Alice is sitting on a chair of leaves and watching the flowers are singing/dancing, even if this world is absolutely unbelievable and nonsense.

So my mock-up development as below: 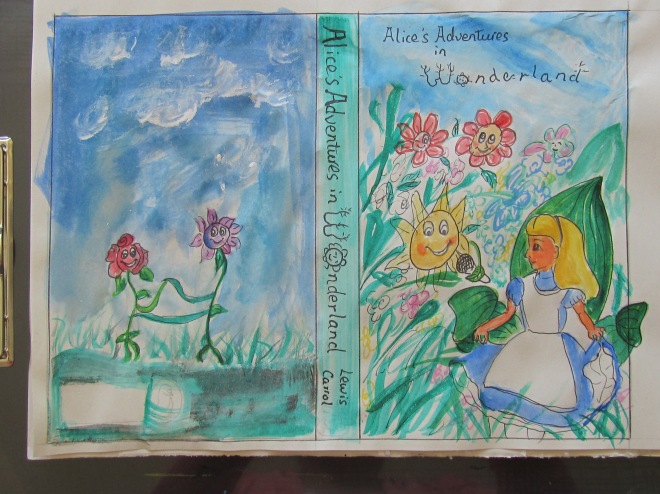 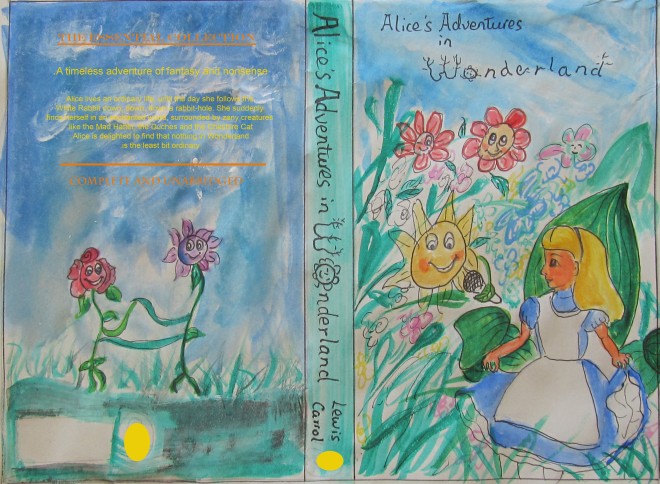 As this is a children’s book and I feels the colours and features are fit for the young children who are between 3-6 years. But this book also has  readers who are more older and adults so my book cove maybe not appeal to them.

Does it convey Alice didn’t like this adventure after all? Maybe I drew the girl in one of her happier moments.

I perhaps got too much influence from those original published books and the movie. So I should try a new approach in my design.